IT WAS the second minute of injury time when Aisling Dunphy entered the fray. Kilkenny were four points clear of Cork, their supporters in celebration mode. At last, the hurt of 22 years and six final defeats would be consigned to the past. The Cats would be All-Ireland champions once more. 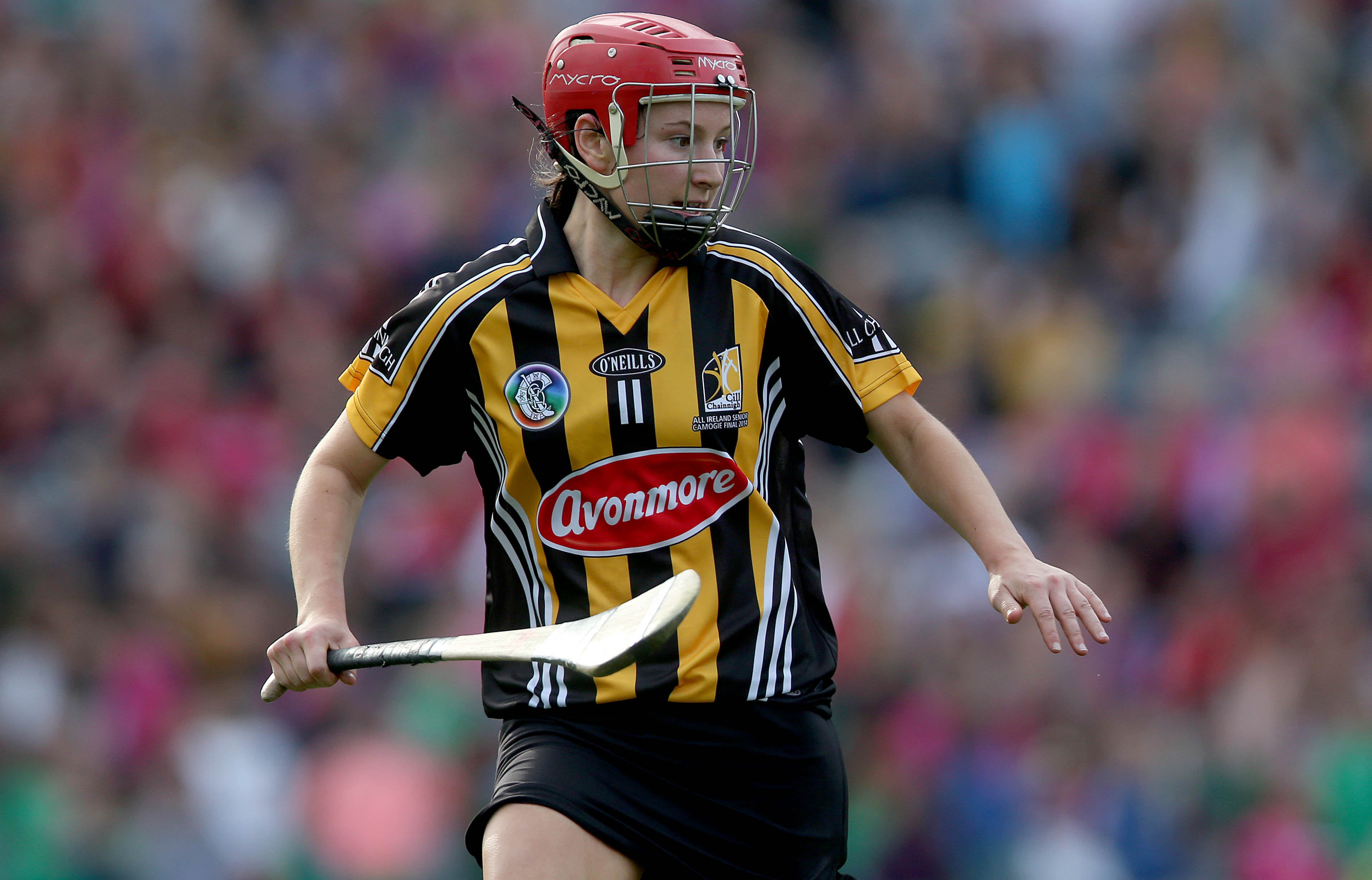 A 17-year-old Dunphy had also been introduced in the 2009 final, when Ann Downey’s youthful side found Cork much too strong, and was an established member of the team that failed to get over the line in the 2013 and 2014 deciders against Galway and Cork again respectively.

Downey’s return to the fold prompted a number of tweaks that led to a famous League and Championship double but Dunphy’s demotion wasn’t one of them.

The St Brigid’s attacker actually withdrew from the panel for the duration of theLeague and didn’t return until her exams were concluded. So to see any game time at Croke Park just a few months later was as much as she could wish for. That it was finally on a winning day a dream come true.

Having gotten her degree in biological science in Galway, Dunphy switched to UCD to do graduate medicine. Like moving from minor to senior, it was a huge step-up and she opted to put camogie on the back-burner until first year was out of the way.

Having become adjusted to the requirements, she opted to return full-time to Kilkenny this season. It was what needed to be done to be more than a bit-part player and the decision has reaped its rewards so far.

There were exams a couple of weeks ago, a few more to come but with their WIT backgrounds, Downey, Conor Phelan and Paddy Mullally have always been holistic in their approach and understanding in the pressures faced by students.

Fortunately, given the age profile of the panel, there are quite a few of them based in Dublin and they share lifts up and down to training. Last year, Grace Walsh spoke of the craic to be had singing Justin Bieber songs. If the soundtrack isn’t quite Forever FM on Peter Kay’s Car Share, the exchanges can be as funny as the popular TV show at times.

“She actually travels with me” laughs Dunphy when Walsh’s remarks are mentioned. “She’s my entertainment up and down. She’s good fun. There’s a few of us and it’s great. It shortens the trip. It would be tough on your own and it definitely makes it easier to have the chat up and down.

“You actually look forward to getting a break from college, getting out of that scene for a little while. It’s busy but once you’re enjoying your camogie, it’s worth it.”

Being organised is vital to making the dual demands work.

“I probably have my days when I’m not as organised as I should be but generally I’m pretty good. It’s the biggest part of it, planning meals and training to get in things like recovery sessions. You’re always thinking a few days ahead but it’s fine. When you’re organised, things tend to fall into place, and when you’re not, sometimes they don’t!

“Medicine is intense and camogie is as well but I suppose you learn how to deal with pressure from both. But as I said, you’re enjoying both as well. I feel like a lot of people will always ask how you do it, but honestly, I don’t feel it as being crazy stressful and I don’t think anybody else doing something similar would either.” 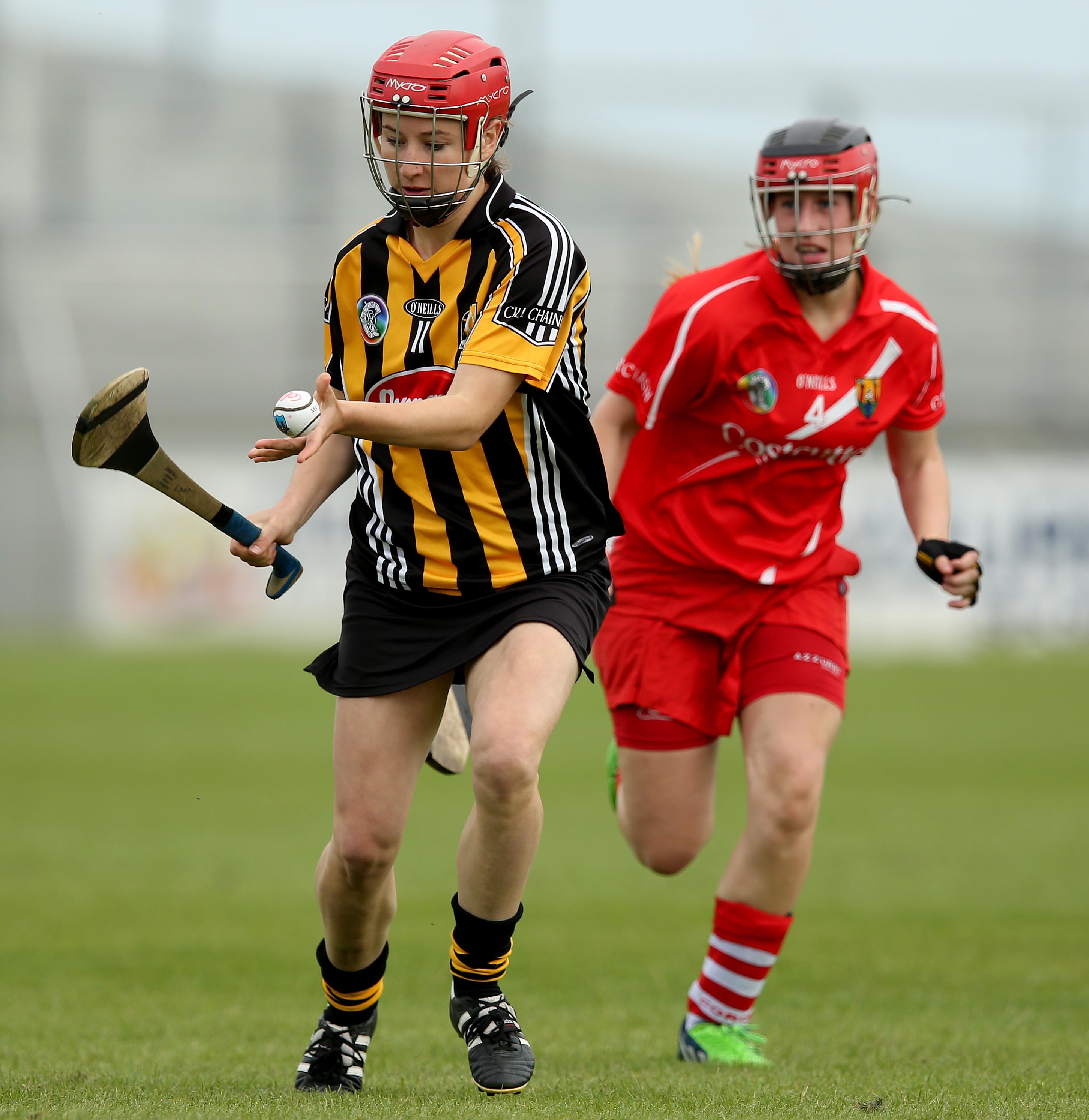 “They beat us on our home ground (three) weeks ago and they’re flying it. It’s going to be all to play for” (Photos by Inpho)

It seems an age since the Ballycallan camog got the call from Downey as a 16-year-old at the beginning of 2009 but she only turns 25 next week and has plenty to offer. It was brilliant to finally win an All-Ireland but Dunphy spent the summer playing catch up. Not this year though.

“I had played in three All-Irelands that we lost in. Because it was my first year in medicine, I didn’t really go back with Kilkenny until I was finished in May and missed the League. I didn’t plan it. I just kind of went with it because I was quite busy in January.

“The girls were flying it and I was delighted to just get on at the end. When you miss time like that, you’re going to be on the back foot and we have such a strong panel, which we showed in the final. I was delighted to go back in but it was nice this year getting in early and getting a good go at it and so far it’s going okay.”

Dunphy was a key component as Kilkenny upped their levels in the second half to defeat Galway in the Littlewoods Ireland League Division 1 semi-final. They did so with almost half of the team that started the All-Ireland final either unavailable or on the bench. The competition for places is fierce and the chance to play a high-flying Cork team in the decider live on TG4 as part of a big double-header with the hurling final is invaluable.

“You can never get enough experience of big days; playing in front of crowds when the pressure comes on and dealing with it. So it’s good that we’re getting to semi-finals and finals and the newer players are getting game time against the stronger teams like Galway and Cork for sure.

“We’re going to be absolutely up against it. We beat Cork in last year’s All-Ireland but they’re clearly after regrouping and are on form at the moment. They beat us on our home ground (three) weeks ago and they’re flying it. It’s going to be all to play for.”