O'Connor makes 16,000km round trip for Killarney cause

IN ANOTHER year, Padraig O’Connor might have been preparing with the Kerry squad for Sunday’s Allianz Football League Division 1 final against Dublin. 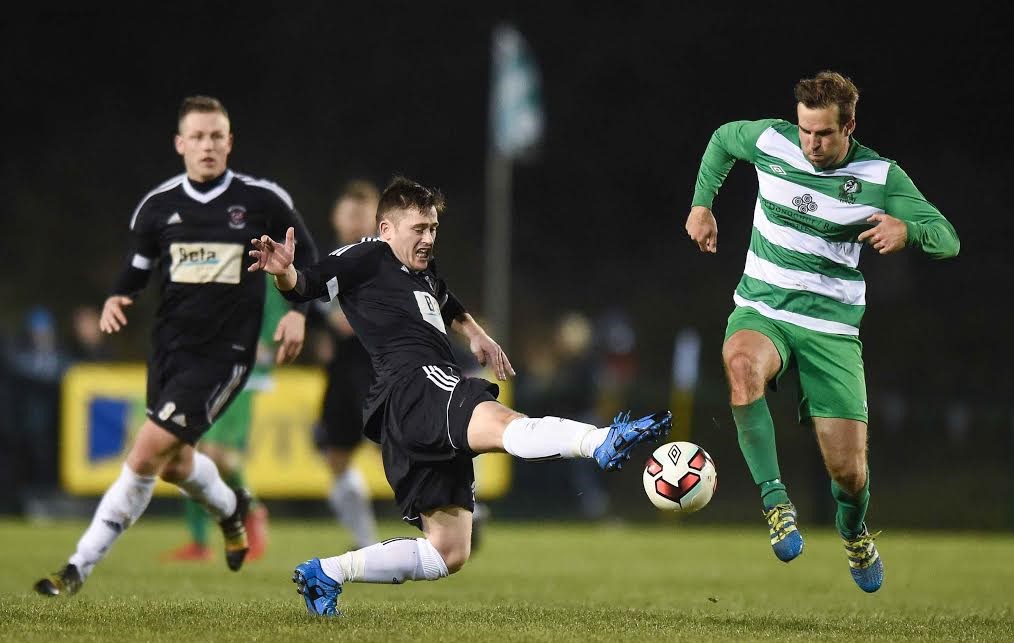 Instead, O’Connor arrived in Ireland on Wednesday from San Diego and will complete the 16,000km return trip next week, hopefully having played his part on the pitch in getting Celtic to the final of the Aviva- and Umbro-sponsored FAI Junior Cup.

If that happens - and while Celtic will have home advantage in tomorrow’s semi-final, they face the might of defending champions Sheriff YC at 5pm – O’Connor will be making his third transatlantic trip, and will have clocked up a staggering 48,000km for the cause.

A prodigious player as a teenager, O’Connor won a soccer scholarship to Saint Xavier University in Chicago in 2008 but he returned home, primarily to focus on playing Gaelic for Kerry. He had two years with the county U21s and progressed to the senior panel in 2010, making his debut in the League against the Dubs alongside close friend, former Celtic man and future All-Star, James O’Donoghue.

He won a Munster championship medal that year but could never establish himself and remained on the margins. He was introduced during last year’s Allianz League final, also against Dublin, but too many other areas in his life were suffering so he gave up on that dream.

Among those was Killarney Celtic, the club that his parents revered. O’Connor could not but have been influenced by the passion Packie and Noreen have for Celtic and to be back in the green and white thrills him.

“I came on against Dublin in the League final last year, which was my first time to play in Croke Park” reflects O’Connor.

“It would be kinda cool if we could somehow beat Sheriff – they’ll be tough opposition – but if we could beat them, I’d have played in Croke Park and the Aviva in just over a year. That would be a pretty nice thing to say.

“I had sacrificed loads of things, holidays I couldn’t go on because I was training, so it was a time in my life when I wanted to move on. I was delighted to go back playing soccer before I went to San Diego with my girlfriend Aisling after finishing college, on a year’s visa. Thank God I haven’t lost for Celtic yet this year.”

This his second trip home. A suspension left a vacancy in midfield for quarter-final and manager, Brian Spillane got on the phone.

“The only time I was getting homesick was when the lads were playing. Then Brian called and it was the biggest game in the club’s history. I was so happy to come over.

“I came back the Thursday and the game was the Saturday. I left again the Tuesday. It was such a short visit I stayed on San Diego time. The game was a 7pm and I got up at 4.30pm. It wasn’t ideal preparation but I didn’t want to chance being wrecked.

“Personally, I thought I was poor technically but I was happy mentally that I kept at it and I’d be fit enough from my training all the years and have kept active in San Diego, so I was okay.”

The fitness was very much in evidence as he burst into the box in the dying embers of extra time, dived into a tackle and diverted the ball to Stephen Hayes, who thumped a dramatic winner against the competition’s second favourites Janesboro in front of around 2,000 people at Celtic Park, sparking delirious celebrations.

Fitness is his stock and trade now, having done a Masters in nutritional science after initially qualifying as a science teacher. He set up Harvest Food and Nutrition with a friend and is currently working as a health coach in one of the world’s great fitness hubs.

But for now, he is focussed entirely on tomorrow.

“Sheriff are just a fantastic team, so the chance of playing against a great team for my own club is unbelievable. I do love Killarney Celtic and the prize on offer of playing in the Aviva Stadium with my friends is unbelievable.”