"He'd be a massively proud man. It's just unfortunate that he missed the biggest match of our lives"

An Irish seanfhocal, it always has that extra little meaning for me, because I somehow managed to sell it to the brains trust at St Laurence's GAA, Mick Gorman and Martin Heydon as a title for the club history they had commissioned me to write. It translates to 'There is no strength without unity’ and is a perfect motto for any successful group. It is most fitting though in the context of a club.

It has even deeper resonance for the Robert Emmetts contingent though, having become their club motto as a result of the development of the local community centre, dedicated to the promotion of the Irish language and culture.

It was stitched on the jerseys of the Slaughtneil camogie team that secured the first of what they hope is an incredible Croke Park double, with the footballers returning to HQ on Friday week.

As Ní Chaiside bellowed out the motto, she is sure to have been thinking of her late father Thomas, the joint manager who passed away five days before the drawn Ulster final after a long battle with cancer.

He had been to the forefront of the establishment of An Carn and the philosophy surrounding it. He also developed camogie and hurling in the football stronghold and would have been thrilled that the hurlers did their bit as the club achieved an historic Ulster senior championship treble.

His sons Seán and Éanna were part of that panel, while Aoife was joined by Bróna and Eilís as key elements through the spine of the camogie team.

It was a considerable achievement for Dominic McKinley and Damien McEldowney to manage the emotions. Clear thinking and control were very evident in Slaughtneil’s performance, and that was a testament to management and players, but most notably the Ní Chaiside siblings themselves.

It was evident too as Eilís spoke afterwards. It was only at the very end, as she thought of her father not being in attendance to see his labours bear fruit on the most hallowed turf in Gaelic games, that her voice wavered, understandably so.

She had just delivered an heroic performance, full of power and pace, the rangy athlete’s long strides consistently taking her away from a raft of Sarsfields defenders. She scored three points from that combined deft stickwork, clever footwork and tremendous coordination, while her reverse pass off the sod behind her to set up Mary Kelly for the game’s only goal exhibited notable vision.

“Oh my God, where do you even begin to start?” wondered the teacher. 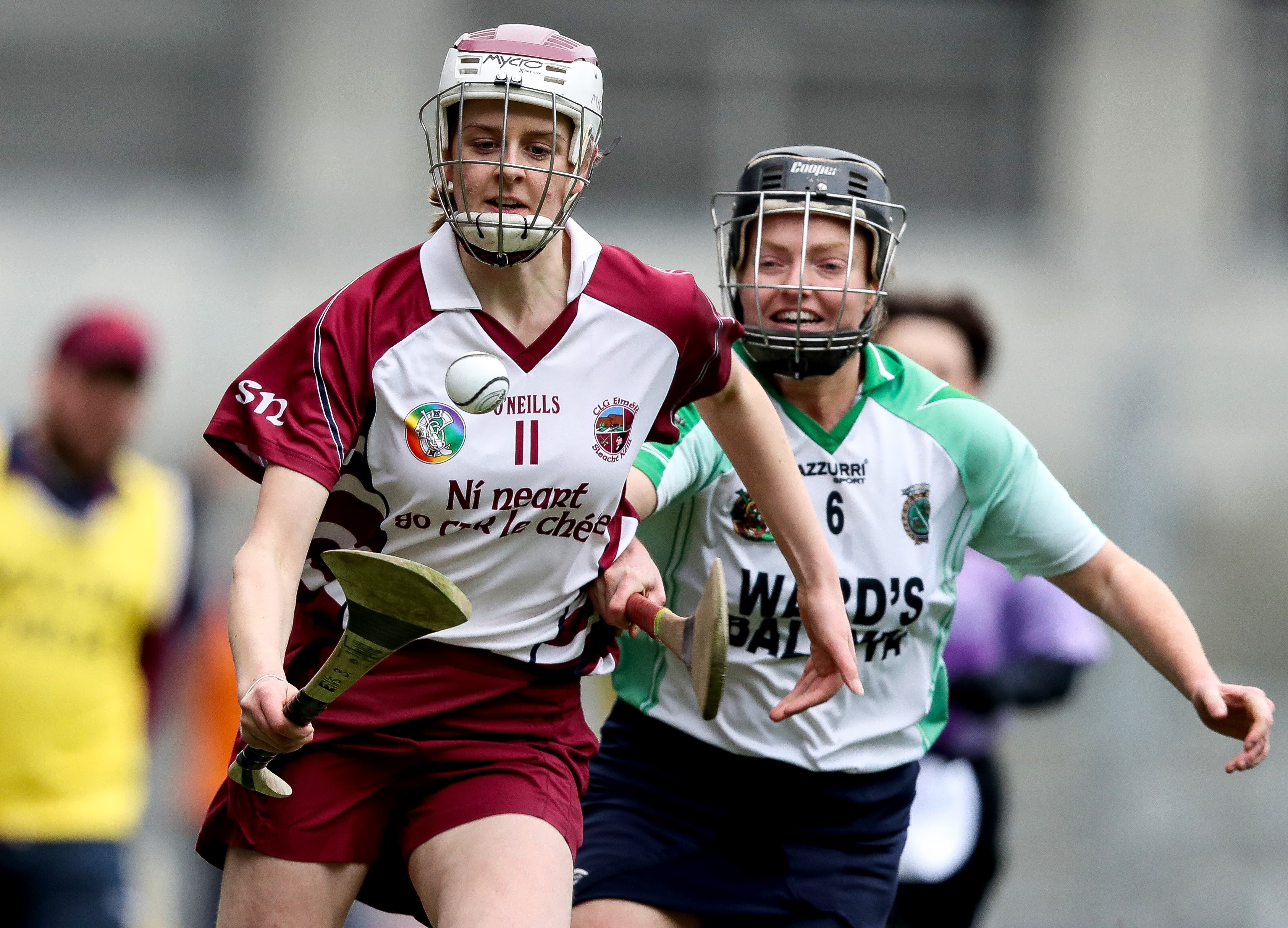 “You dreamed about these kinds of days, you thought about it but you knew there were 60 hard minutes between us and the trophy. It was very tight there in the second half. We knew the breaks were coming. We’d a few missed chances in the first half but amazing to get over the line and bring the cup northwards for only the second time ever in history.”

There was no big secret to the resolve they showed when Sarsfields drew level mid-way through the second half but could not get their noses in front despite having a relatively sustained period of ascendancy.

What got them through does not comewithout a price however. Just seconds earlier in a separate conversation, Kelly had remarked matter-of-factly on the friendships that had been lost because of the commitment to Slaughtneil camogie.

Without being aware of Kelly's words, Ní Chaiside touched on the choices that have needed to be made and like Kelly, she considered the premium worth paying.

“There are many, many hours in our legs. We have been training together, this particular group, with our management for three years now. The fitness builds over a period of years, the experience builds.

“The life of a camogie team is shortlived as the age profile is very young, players move on, get married, have children, whatever. But we’ve stuck together, we’ve been selfish in the past three years... We’ve had to sacrifice our social lives, we’ve had to sacrifice relationships, whatever it may be. But we knew this day was coming and we’re just delighted to get over the line.

“We are very determined to set the standards very high and maintain them. The job now is to push forward, to get better, to improve from here and keep it up as long as possible.”

It is what Thomas Cassidy would have cherished, that Slaughtneil establish a dynasty rather than this being merely a one-off.

“It was a massive emotional week for me leading up to the match. I was kind of surprised myself how focussed I was. I wasn’t nervous immediately before the game. I knew he was there today and he’d be a massively proud man. It’s just unfortunate that he missed the biggest match of our lives.”