Nguyen in European Young Player of the Year race

IRELAND’S badminton squad bowed out of the European Mixed Team Championships in Lubin, Poland last Wednesday, after defeats to Sweden and England but while a top 12 finish represents a regression on paper from reaching the quarter-finals in 2015, that result was the nation’s best ever in the 45-year history of the championships. 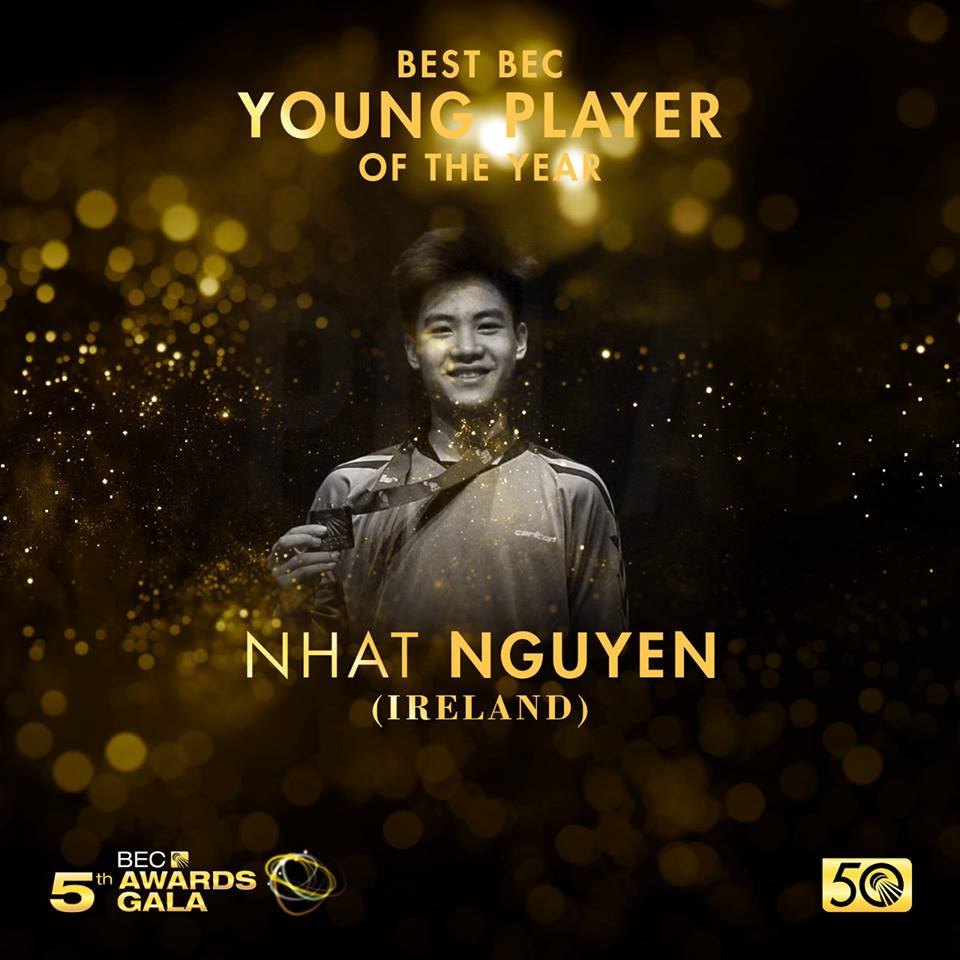 GET VOTING: Nguyen is eligible for European Young Player of the Year for another two years but the 16-year-old is a leading contender

Reaching the finals represented a significant achievement and there was another huge positive as 16-year-old Nhat Nguyen earned his first taste of action at this elite level.

And though Nguyen didn’t manage a victory, his performance in the singles against four-time team major championship medallist Toby Penty (21-18, 21-17) provided another reminder of his sparkling potential.

Lubin holds fond memories as it is where the Dubliner became European U17 champion last year without dropping a set and bagged a bronze with Paul Reynolds in the doubles into the bargain, all as a 15-year-old studying for his Junior Cert in Artane.

As a result of being the only non-Dane to take a gold medal from the five events at the championships, he has become the first Irish player ever to be nominated for a Badminton Europe award by making the shortlist for European Young Player of the Year.

“It’s a massive achievement because it’s for the best player in Europe under 19 years of age, and across Europe, there’s only been four nominated” says Badminton Ireland education and training manager Daniel Magee. “To be one of the four nominated at just 16 is a fantastic achievement.”

Nguyen arrived in Dublin from Vietnam with his parents as a four-year-old and is a true product of the Irish system. He took up the game at Phoenix Badminton Club in Baldoyle as an eight-year-old and was brought into the Badminton Ireland Academy.

“He’s one of the first guys that went into the full-time training, where there were five sessions a week on offer in Dublin and living in the city, he was able to do that” Magee recalls.

“As the system became more professional and we moved to our new national centre (in the National Sports Campus), he was able to get strength and conditioning support, nutritional support and has become one of the best players in Europe.

“And with our new national coach John Quinn, who had been involved in the GB and French system, he is going to be coached day-in, day-out in the high performance centre in Marino. Also, we hope to get more and more access to the new national indoor arena in Abbottstown, which replicates the big-hall feel of some of the best halls in the world. There’s everything in place now that Nhat needs to keep progressing his game and reach his full potential.

“He’s not the tallest player in the world but he’s physically strong for his size. He’s extremely flexible and reads the game very well. He’s an intelligent player and likes to work his player around the court.

“In the European semi-final, his opponent was over six foot tall, almost a fully-developed man, and Nhat is 5’6”, 5’7” but he works really hard in the gym and the court. He can match players physically but he uses his intelligence and good technical ability to outplay his opponent.”

Next up for Nguyen, who remarkably won his second consecutive Forza Irish senior national title at the beginning of the month in the absence of Irish No 1 Scott Evans, is the European U19 Championships in April.

Voting for the Badminton Europe awards is open until the end of the month. Votes can be cast on http://badmintoneurope.com/cms/?&pageid=23726 and by liking the relevant photo on Badminton Europe’s Facebook page.