House of Commons committee to host "no confidence" debate in FA

THE Culture, Media and Sport Committee has secured a debate on the governance of football governance in the House of Commons. 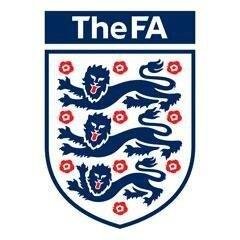 This committee has had a very high profile in recent moments investigating the increasingly looking murky goings-on at the Sky cycling team with regards to doping and sexism, and making their boss Dave Brailsford, as well as former talisman, Tour de France and Olympic victor Bradley Wiggins look very foolish indeed.

Another British darling, the IAAF boss Sebastian Coe has also been in the committee's crosshairs and again, protestations of ignorance coming from his corner about how rife systematic doping is and has been in athletics, and the cover-ups that have occurred over the years at the very highest level, have become increasingly unbelievable.

So given how bumbling the FA has been at various stages in recent years, they won't be looking forward to a “no confidence” debate or allegations of “vested interests.”

Soccer's governing body has come under attack from all quarters in recent months not just for its response to the sex abuse scandal - no section of society can afford to throw stones in that horrificly sordid area - but for its failure to move with the times and to represent a multi-cultural country.

Former FA chairmen Greg Dyke, David Bernstein and David Triesman, former director David Davies and one-time chief executive Alex Horne sent a letter to the chair of the committee in question, Damian Collins that the 25 life presidents on the FA Council are “all elderly white men who do not represent anyone but block even the most minor of changes.”

Dyke said later on television that FA council meetings were like “walking into 1952” and bore no resemblance to Britain today. “You cannot have a council where only four out of 120 are from an ethnic minority background.”

The debate, which will take place next Thursday (February 9), starting at approximately 2.15pm, will be on the following motion:

That this House has no confidence in the ability of the Football Association (FA) to comply fully with its duties as a governing body, as the current governance structures of the FA make it impossible for the organisation to reform itself; and calls on the Government to bring forward legislative proposals to reform the governance of the FA.

The committee published two reports in the last parliament calling for reform of the FA, to allow representatives of fans, women’s football, BAME groups, officials such as referees and the grassroots sport a significantly greater say in the governance of the game, and to give the executive directors of the FA greater weight in comparison with the representatives of the Premier and Football Leagues.

A statement on behalf of the committee says that “the reforms called for by groups representing the wider game, the committee, successive ministers for sport and recently, a number of past chairmen and chief executives of the FA, have been ignored by the FA.

“Last autumn, the Government published its guidance on best practice in sports governance. It is clear that the FA does not comply with this guidance now and there appears to be considerable resistance to the idea of changing its very out-of-date structure at all. The committee is therefore preparing a draft Bill to bring the structure of The FA — which is, in legal terms, a company—into line with modern company law.”

Britain's Minister for Sport, Tracey Crouch was in front of the committee last December.

“The current Minister for Sport told the Committee that The FA had been given six months from publication of the Government’s guidance in October 2016 to demonstrate that it was willing to improve governance, otherwise public money would be withdrawn from The FA and distributed to football through other means” says Collins.

“We do not believe that the FA will comply voluntarily: it can survive easily without the Government’s contribution of money to grassroots sport, and there are powerful vested interests that refuse to accept the right of all those involved in football to play a role in the governance of the sport. We are therefore preparing a draft Bill to bring the structure of the FA, especially its board and council, more into line with modern company practice and the Government’s guidelines for sports bodies.”